Brody Stapel is a farmer from southeastern Sheboygan County. Together with his father, Rudy, and brother, Jory, they milk cows, feed beef cattle and do custom work in their spare time. They farm both ends of Sheboygan County and see all different types of soil. He's enjoyed being a member of SRPF for the ideas, encouragement from other farmers and friendships. He appreciated knowing others are on the same path to reducing synthetic inputs with zero tillage and seeing success. is a major goal of theirs.

Like many farmers, Brody finds it challenging to be patient as the cover crops are growing. He knows it's important to let them "do their thing" in the spring rather than trying to plant as early as the neighbors. He has found a few influential people to learn from including reading a few books, such as From Dirt to Soil by Gabe Brown, and watched a lot of webinars/YouTube by Ray Archuleta. Advice he has for new members is to start after wheat with a simple mix or with winter rye after soybeans or silage and don't say "It won't work on my farm".

His farm started in 2012 and used a Moldboard plow on all the acres. They gradually adopted conservation practices over the years and now are entirely no-till and using cover crops. When they started planting green, he was most surprised by how fast the residue was taken down into the soil. Brody is grateful for the ability to see what works through other farmers' trial and error which is key to trying and implementing practices on their farm.

Brody believes soil health and conservation is something that must become more of a focus in modern agriculture. The decisions and practices he implements today will determine the ability of his children and grandchildren to be successful down the road. 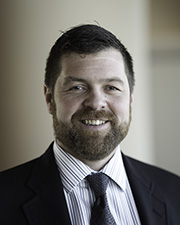 Return to Board Members